You don't have any saved vehicles!

Look for this link on your favorites:

Once you've saved some vehicles, you can view them here at any time.

CALL US FIND US

Our phones are always with us, almost as if they were glued to our hands, and even if they were not we have the option to get notifications on our watches, or even in our cars. You get a text and buzz buzz, your phone vibrates, your watch vibrates, the notification shows in your car screen while you drive: you look at it. That split second that you move your eyes from the road to the notification can mean an accident.

Because this is such an important topic, Honda took it upon themselves to create The Distracted Driving Awareness Month campaign. Honda decided to flip the script, allowing the kids to talk to their parents about the dangers of texting and driving.

Researchers at Children’s Hospital of Philadelphia (CHOP) and University of Pennsylvania School of Nursing found that one in three parents read text messages and one in seven use social media while driving their children between the ages of four and ten. According to data from the National Highway Traffic Safety Administration, each day in the United States more than 1,000 people are injured in crashes that are reported to involve a distracted driver.

Clawson Honda understands the severity of this problem and is behind the Distracted Driving Awareness Month campaign. Let’s put an end to distracted driving by talking to our loved ones about this bad habit using the #TheTextTalk hashtag. Pledge to #RemoveTheDistractions at http://honda.us/pledge

0 comment(s) so far on #TheTextTalk

You don't have any saved vehicles!

Look for this link on your favorites:

Once you've saved some vehicles, you can view them here at any time. 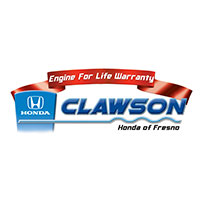